By Ruth D’Alessandro, The Wildlife Gardener La famille Wildlife Gardener likes a bit of culture, but it takes something rather different to drag us away from the hens to London. So when our lovely friend Victoria organised some tickets for the â€˜Evolution’ Family Prom concert at the Royal Albert Hall on Sunday, we were intrigued and happy to jump on a no. 52 bus. 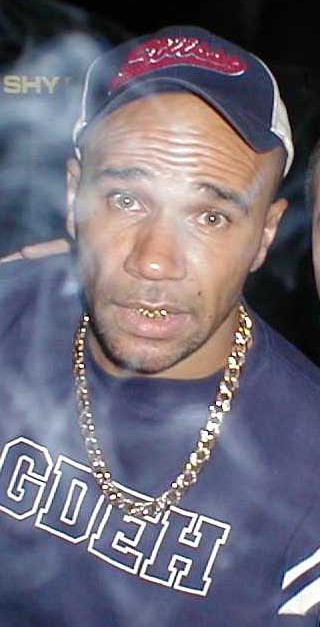 Junior Wildlife Gardener Number One burst into tears of anticipation at the prospect of David Attenborough appearing personally in the same room as her. Junior Wildlife Gardener Number Two was excited about hearing the theme from Jurassic Park. Mr Wildlife Gardener looked forward to hearing the loudest piece of orchestral music ever written: Hekla by Jon Leifs. And, as I’ve always had a bit of a thing about Goldie, the gilt-toothed drum’n’ bass DJ turned classical composer, I was eager to hear the world premiere of his Sine Tempore piece and maybe catch a glimpse of the man himself. We had great seats near the stage and enjoyed some initial noisy audience participation improvising The Big Bang with the BBC Concert Orchestra and the conductor Charles Hazlewood. The roof still remaining on the Albert Hall, there followed some entertaining banter from two CBBC presenters and the â€˜Storm’ Interlude from Britten’s Peter Grimes. I’ve always considered the opening sequence of Peter Grimes to be the most atmospheric piece of music ever written painting as it does a wintry picture of freezing sea fog rolling off the gunmetal-grey water onto the beach at Aldeburgh, Suffolk. But today we heard an atmospheric piece to rival that of Mr Britten. Hekla describes the eruption of a live Icelandic volcano in 1947, witnessed by the composer Jón Leifs (1899-1968). It’s the loudest piece of orchestral music ever written and this was its UK première. The piece started gently and quietly, reminiscent of Stravinsky’s Rite of Spring, then built to a reverberating climactic volume and cacophony that actually shook the building. Some of the instruments used were: full orchestra, full choir, an array of massive percussion instruments, anvils, huge hammers, sirens, rocks, cannons (yes, really) and the Albert Hall organ on full pipe. Wow! People had their fingers in their ears, small children were crying, and we felt that we’d just heard one of the most remarkable musical depictions of the power of Nature. The programme lightened up after that with music from Jurassic Park and Walking with Dinosaurs and some amusing animatronic dinosaur heads in the stalls and poking out of the hoarding around the central fountain. After the pounding of Hekla, a rubber velociraptor couldn’t be as scary. Then David Attenborough himself came on and chatted about the most remarkable creature in the world (a worm that lives under the eyelids of hippopotami, feeding on its tears). And so to the interval. Having a chat with lovely Victoria on the South Steps, she suddenly remarked:’Look ” there’s Goldie!’ and there was the man himself, resplendent in trademark flat cap, trainers and tweed waistcoat, gold jewellery and teeth glinting in the sunlight, coming out on the terrace with a drink in each hand. I couldn’t help myself and waved at him manically, shouting “I’m looking forward to your piece in the second half!” To my utter surprise, Goldie waved and smiled back, raising his glass to us, “Cheers, darlin’!”. Victoria said I ought to ask him for his autograph, seeing as he was quite happy to be mingling with the fans, and I ran over without a second thought to how embarrassing I must be to my pre-teen children. “Goldie ” would you be kind enough to sign my Proms programme?” “‘Course, luv” and there ensued a very uncool moment when Mr Goldie couldn’t find anywhere to put down his drinks and I couldn’t find anything except a rubbish chewed pencil in my bag because the JWGs had stolen my biros, but he took my programme, broke off from his adoring public to go down on one knee with my rubbish pencil and my programme and plant a left-handed scrawl on the relevant page:

â€œThere y’go, darlin’â€ he said. “Ooh, thank you, good luck with the performance” I wittered, aware that the JWGs had buried their faces in Mr WG’s jacket in sheer mortification. But I don’t care. I have Mr Goldie’s autograph and he called me’darlin” twice. So what was gorgeous Goldie’s classical composition Sine Tempore like? It was quite beautiful ” African drums, a choir, a memorable melody running through, full use of the whole orchestra, a beginning, a middle and an end in seven minutes. And he took a bow on stage with his young daughter and gave her a massive hug. Aaaah. The concert continued. We all loved If Bach Had Been a Beekeeper by Arvo Part, with full use of violin tremolando to imitate buzzing, and a slowing down of that tremolando to bring out calm Bach-like cadences. I enjoyed Delius’s On Hearing The First Cuckoo In Spring, and Fanfare for the Common Man by Aaron Copland. We were less keen on Charles Koechlin’s The Jungle Book ” Law of the Jungle perhaps because it was unfamiliar and hook-free, and the JWGs expected to be singing:’Oooh-be-do, I wanna be like you-oooo’. The concert finished with the rousing theme from Star Wars, presumably highlighting where the next stage of evolution is taking us. What a great concert. La famille Wildlife Gardener felt culturally replete. Adhering to the advice’never meet your heroes’ I didn’t try to hunt down Mr Attenborough. But the cheery loveliness of Mr Goldie makes him one of my heroes. And I’ve met him.

4 thoughts on “Goldie Rocks and The Three Wildlife Gardeners”